Mr. Ho began his musical studies at the age of six with piano followed by violin six months later.  He studied at the Royal Academy of Music (Junior Department) in London between 1994 and 2000, and was the winner of the J.A. Violin Competition, North London Violin Competition as well as the Frederick Phelps Award.

He studied at the Guildhall School of Music and Drama with Professor Simon Fischer, graduated with a Master of Music degree and a Postgraduate Diploma in violin performance.  In 2006, Mr. Ho was invited by the late Claudio Abbado to participate in the Gustav Mahler Jugendorchester in Vienna.  He has toured extensively throughout the UK, Europe as well as China, as both soloist and orchestral player and was a member of the Amadeus Orchestra, Guildhall Symphony Orchestra, Royal Orchestral Society as well as the National Musician’s Symphony Orchestra in the UK.  Throughout his career, Mr. Ho participated in numerous masterclasses with such figures as Masao Kawasaki, Sally Thomas, Mateja Marinkovic, Mauricio Fuks, Sophie Langdon and Rainer Küchl (Concertmaster of the Vienna Philharmonic).  Mr. Ho completed his Bachelor of Arts degree in Music from the University of Southampton in 2003.

As a conductor, Mr. Ho graduated with a Master of Music degree in Orchestral Conducting from the University of Cincinnati College-Conservatory of Music (CCM) as a full scholarship recipient, where he studied with Professor Mark Gibson.

On a professional level, Mr. Ho has conducted numerous orchestras including the Hong Kong Philharmonic, BBC Scottish Symphony Orchestra, the Hebrides Ensemble, Orquestra da Camera Chihuahua and Sinfonia Tamesa, among others.  He has also worked with the St. Magnus Festival Chorus and Hong Kong Voices. In 2008, Mr. Ho served as Associate Conductor for the London Opera Vocal, where he conducted a performance of Wagner’s Die Walküre at the National Opera Studio.  In 2006, Mr. Ho was invited to attend the prestigious American Academy of Conducting at the Aspen Music Festival as a conducting fellow, where he studied with David Zinman - Principal Conductor of the Tonhalle Orchester Zürich, as well as Leonard Slatkin, having participated in the Aspen Music Festival and School the previous year as a violinist.  Mr. Ho has participated in masterclasses with Gustav Meier, Murry Sidlin and James Conlon.  He has been and continues to be mentored by Sian Edwards in the UK. 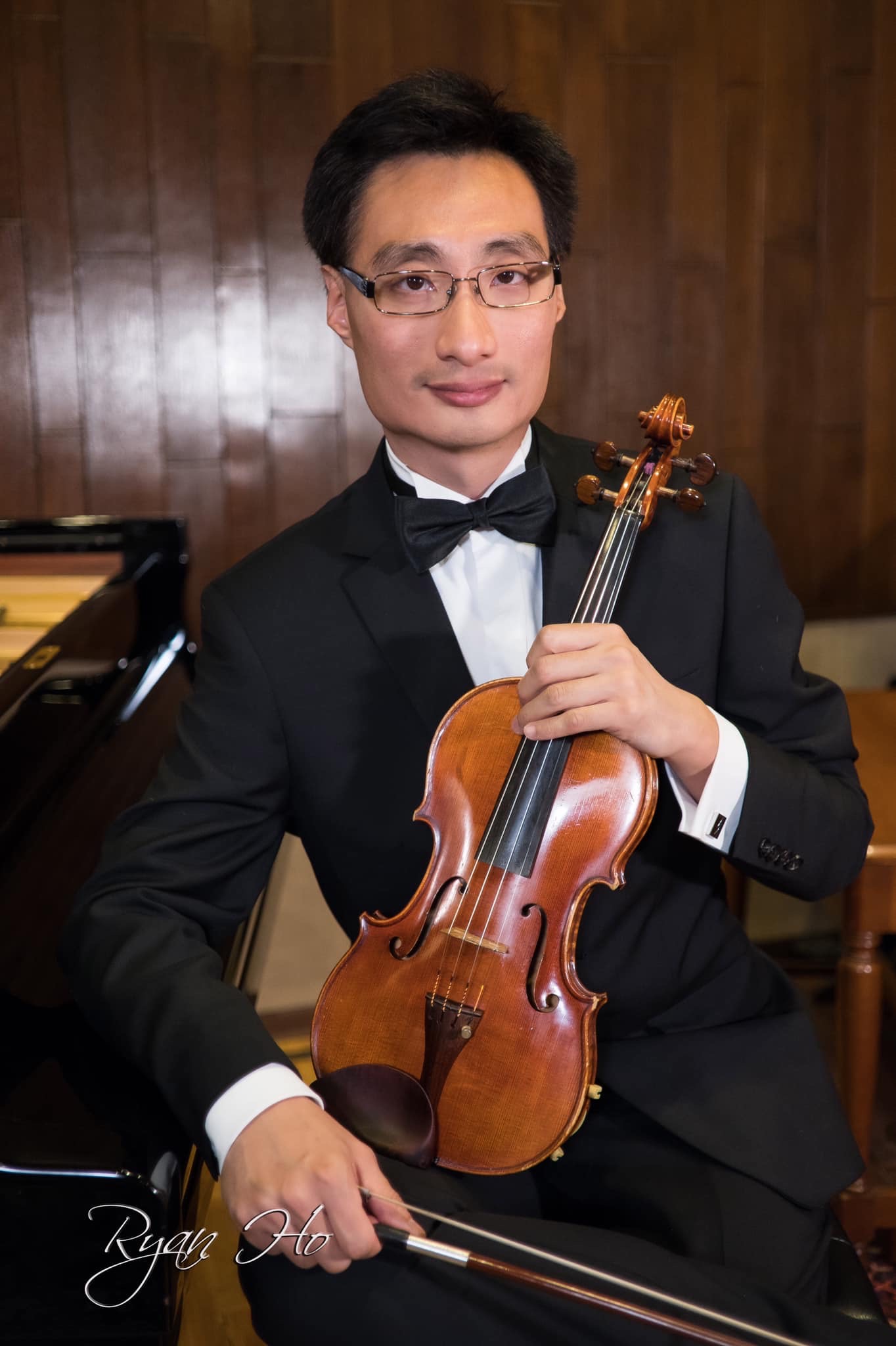